Welcome to our annual report, which provides an opportunity to review a transformational year for the college.

We are proud of everything that has been achieved in 2018/19. Our merger with Northumberland College in March 2019, was a significant highlight and has strengthened the organisation to create one of the largest college groups nationally. We hope you enjoy reviewing last year’s successes as we look forward to continuing our journey towards excellence. 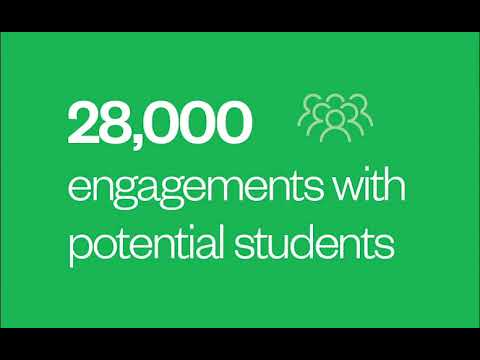 Sunderland College is one of the largest providers of post-16 education in the North East with three campuses across the city of Sunderland and a sixth form in Hartlepool, offering a wide range of academic and vocational provision for school leavers and adults.

The college group has campuses across the North East region, from Berwick-upon-Tweed to the Tees Valley, and delivers high-quality professional, academic and technical education and training including further education, adult education, apprenticeship provision, higher education and specialist provision for students with special education needs and disabilities.

The merger with Northumberland College took place later on in the academic report, therefore this annual report will focus on Sunderland College and Hartlepool Sixth Form.

Our Governing Body comprises prominent and well-respected figures from the local and wider communities that Education Partnership North East serves. They drive forward our ambitious strategic plan and vision of excellence. They dedicate an average of 10-15 hours a month to the college.

Board of the Corporation

The college is led by an inspiring leadership team with a clear and ambitious vision for excellence. All of our staff are dedicated to transforming lives and providing an outstanding experience to students. In November 2018, a three-year transformation process was launched to shape and embed culture and values, clarity of vision and strategy within the organisation. Our strategic vision focuses on ‘excellence at the heart of everything’. The strategic vision is supported by a set of four professional values and behaviours, which underpin all of the college’s activities, and five strategic goals.

Our academic, technical and professional education and training is aligned to the region’s economic growth ambitions. Our priorities are to strengthen our specialisms within the growing areas of our regional economy by investing in digital industries, advanced manufacturing and engineering, construction, health and life sciences, and finance, professional, and business services; innovating and supporting the development of the creative industries through cross-disciplinary working and enhancing SEND provision.

We have created a culture of strong values, which are embedded in every part of the organisation. Our four values support our people to be the best they can be.

We are who we say we are, we do what we say we will do.

We work hard to create a dynamic, forward-looking culture.

We value the opinion of others and the contribution they make.

We are determined to achieve our vision and goals. 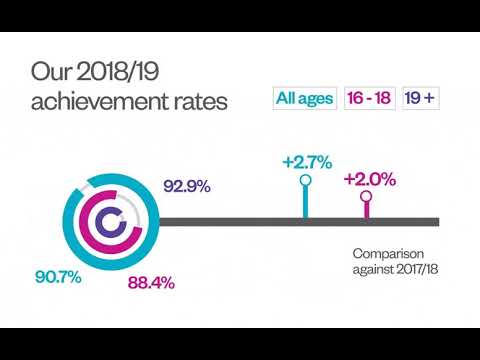 The success and achievement of our students mean everything to us. Our achievement rates show an increase year-on-year and are
consistently above the national average.

Our students and their success

Our students are at the heart of everything we do. We provide them with an outstanding experience and create a positive and inspiring environment for them to achieve their life and career ambitions. 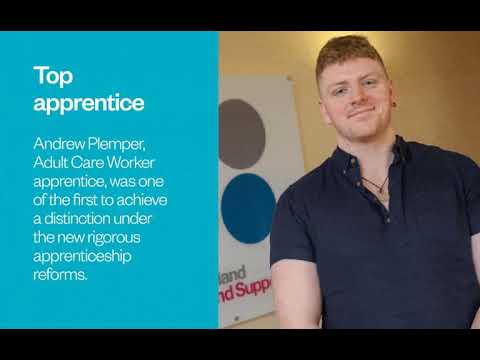 Student of the Year

Chloe Tumilty, achieved a Bronze Award for BTEC Engineering Student of the Year at the prestigious BTEC Awards. The Level 3 Extended Diploma Engineering student overcame many barriers and is an advocate for encouraging girls to study engineering and inspiring the next generation of women engineers.

Level 3 BTEC Extended Diploma in Sport (Performance and Excellence) student, Will McCamley, not only achieved an outstanding triple distinction* but also signed a contract with Championship team Huddersfield Town AFC.

Andrew Plemper, an Adult Care Worker apprentice with Sunderland Care and Support was one of the first apprentices from Sunderland College to complete an end point assessment, and the first to achieve a distinction under the new rigorous apprenticeship reforms.

Football Development Centre student, Dimitri Limbo, was selected to play international football for his home country at the AFC Under 23 Championship Thailand 2020 qualifiers.

Net a place in seafood final

Level 3 Professional Cookery students Brandon Green and Katie Falconer secured one of nine places in the grand final of the Young Seafood Chef of the Year competition. Their high-scoring dish was a three-course menu using sustainably-sourced seafood.

The British Academy for Film and Television Arts (BAFTA) announced NextGen student Adam Pace as winner of the Young Game Designers 2019 competition. The national competition, which celebrates talented game developers under the age of 18, crowned Adam as winner of the Game Making Award for his prototype game Wip. Adam was one of four winners who beat over 50 finalists.

Our NextGen students won the national British Esports Championships, which were organised by the British Esports Association to help promote esports in the UK, increase the level of awareness, improve standards and inspire future talent. The championships gave our students an opportunity to embrace the newly emerging esports sector and develop their team work and communication skills.

Performing arts student Olivia Carey, was awarded Entertainer of the Year at the Future’s Bright Awards. The awards celebrate and recognise the courage, entertainment, academic achievement and sporting excellence of young people in the town. Olivia studied BTEC Extended Diploma Performing Arts at Hartlepool Sixth Form and progressed to the prestigious Urdang Academy in London after gaining a scholarship.

We were privileged to receive the following awards and accolades, which is testimony to the dedication and commitment of our staff and students. 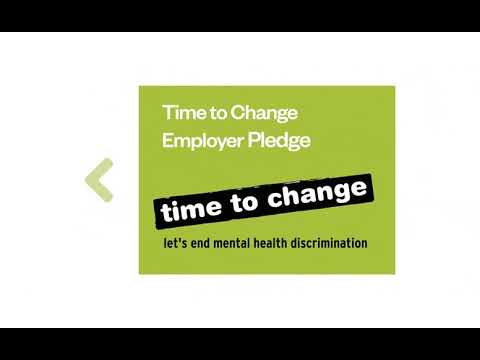 Shape and evolve a careers-focused curriculum

Unite our culture and empower our people

Strengthen our financial resilience and invest in our resources

Engage locally, regionally and nationally, and build our reputation

Reporting against our strategic plan 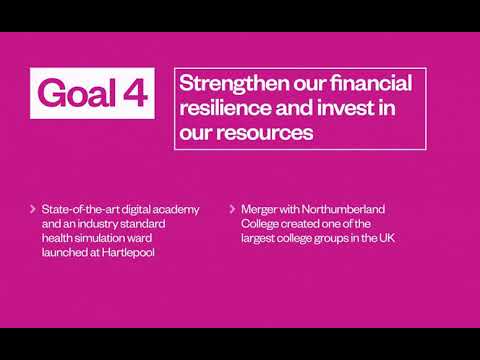 We contribute significantly to our corporate social responsibility across Sunderland and Hartlepool and our wider communities.

Throughout the year, our A-Level students at Sunderland took part in approximately 100 hours of voluntary work, while students at Hartlepool Sixth Form took part in Macmillan’s World’s Biggest Coffee morning, raising £250 for the cancer charity. The icing on the cake was that the date of the coffee morning coincided with the 80th anniversary of the sixth form building opening as a school.

Hartlepool Sixth Form College also sponsored for the town’s arts and cultural Wintertide Festival, following a plea by its organisers for funding to cover infrastructure costs in order for the community festival to be allowed to go ahead. Performing arts students also took part in the festival with second year students staging ‘myths of the sea’ and first year students performing extracts of Rosie Kay’s 5 Soldiers.

Creative Arts students from Sunderland College continued their partnership with Sunderland BID and supported a range of community events.

As part of our ongoing journey for improving health and wellbeing for all staff and students, a Wellbeing Strategy has been introduced, which during 2018/19, focused on promoting good mental health.

The college’s Wellbeing Action Group has been proactive in delivering campaigns and initiatives including Pilates and Clubbersize classes, resilience training with Washington Mind and a Mental Health Motivation Pedometer Challenge with teams taking part in a week-long competition. At the end of the Pedometer Challenge week, 6,054,842 steps were recorded - the equivalent of walking from Sunderland to Egypt!

We embrace diversity and have a staff and student network groups for LGBTQ+. We are Diversity Champion for Stonewall and a Disability Confident Employer. This year, we were recognised as providing an inclusive environment were nominated for both Creating Safer Learning Spaces for LGBTQ People category and Inspirational Workplace category at the LGBTQ North East Awards.

Our people are dedicated to transforming lives and providing an outstanding experience to students. Every day they inspire young people and adults to achieve their potential, life ambitions and career goals. We continue to increase our social value by improving lives through education and training and making a difference to the people and local communities that we serve.

Making an impact in the local community, our construction students used their talents to restore a derelict building and helped to regenerating the city centre through The Living Classroom project with Tyne and Wear Building Preservation Trust.

We embrace diversity and have a staff and student network groups for LGBTQ+. We are Diversity Champion for Stonewall and a Disability Confident Employer. This year, we were recognised as providing an inclusive environment and were nominated for both Creating Safer Learning Spaces for LGBTQ People category and Inspirational Workplace category at the LGBTQ North East Awards.

Across our Sunderland and Hartlepool estates we have actively implemented a number of energy saving measures to reduce our carbon footprint. These include heating optimisation to better reflect the opening hours of the buildings, internal temperature monitoring to reduce overheating of buildings and energy wastage, and an LED lighting upgrade project combined with presence detection to reduce energy usage.

Overall, these efficiency measures have resulted in a 7.4% decrease in electricity and a 12.9% decrease in gas for the combined usage for all sites.

Solar generation panels have also been installed on three buildings across our Sunderland campus, which further offsets our import usage. In addition, a new environmental impact group will be developed in the next academic year to further implement an environmental strategy.

What our students say 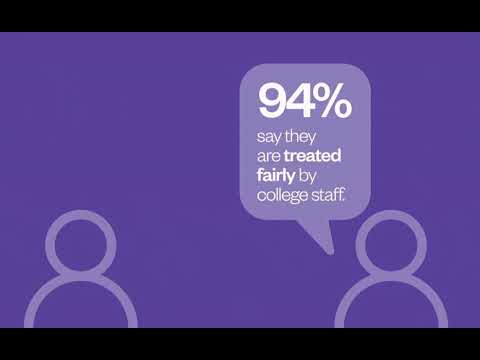